What is gig economy? What did NITI-Aayog recommended? Who are gig workers? How it is going to help women and gig workers? Check out this blog to know more! 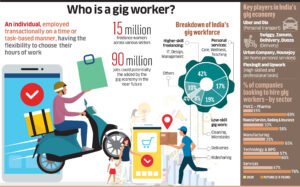 India now has more gig workers than the entire population of Singapore, with over 7 million of them. However, the recent shortage of gig workers faced by several businesses demonstrates that the model has yet to be effectively implemented. The shortcomings in the current model’s implementation make it less conducive to the workforce and more costly for businesses.

A concerted effort is required to create an ecosystem that not only enables people to live life of dignity and wellbeing but is also financially advantageous for businesses. A forward-thinking first step in that approach are the most recent NITI Aayog policy recommendations. 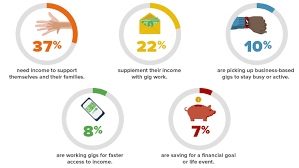 What is a gig economy?

Many people work part-time, temporary jobs, or as independent contractors in a gig economy. For those willing to use them, a gig economy produces less expensive, more effective services like Uber or Airbnb. The advantages of the gig economy may be lost on those who don’t use modern services like the Internet. Cities typically have the most advanced services and the deepest roots in the gig economy. A gig can be any job, which includes a wide range of positions. The labour can be everything from delivering food or driving for Uber to programming code or doing freelance writing. For instance, contract employees as opposed to tenure-track or tenured professors include adjunct and part-time professors.

Who are gig workers?

India needs a system that strikes a balance between the flexibility provided by platforms and the protection of workers’ social security. Platform labour is a new type of work that does not fall within the traditional categorization of formal and informal labour as a result of the platformization of employment. The platform employees are referred to as “independent contractors,” and as a result, they are not eligible for numerous workplace benefits and protections. The report divides gig workers, or those earning a living outside of the conventional employer-employee relationship, into platform-based employees and non-platform-based workers. Non-platform gig workers are often casual wage employees and own-account workers in the traditional industries, working part- or full-time. Platform workers are individuals whose work is based on online software apps or digital platforms. 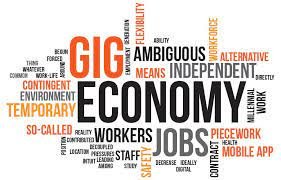 How the gig economy may benefit businesses?

High attrition is one of the main issues facing businesses when it comes to full-time frontline employees. Businesses experience a 40% monthly attrition rate in the delivery sector alone. Businesses aim to hire more employees than they need in order to offset this attrition, which raises their overhead costs. Businesses typically interview each candidate for two hours before choosing one, and they typically interview 13 individuals before choosing one to fill a post. By providing businesses with access to a workforce that can be paid on an as-needed basis, the gig economy solves this issue and lessens their reliance on full-time employees, which lowers fixed costs.

How the gig economy may benefit workers?

The workers have a right to a set salary on the supply side because they are only doing jobs with fixed salaries. However, there are unproductive hours that could be better utilized in a gig economy to generate additional income. With gig employment, employees can allocate their time and energy according to the seasonality of different in-demand jobs. However, it’s crucial to have information symmetry around supply and demand in order to have a successful gig model in place.

The country’s gig workforce, which is anticipated to increase to 2.35 crore by 2029–30, should be provided with social security, including paid leave, occupational disease and work accident insurance, and support during irregularity of work, and pension plans, according to the government’s policy think tank Niti Aayog.

The first recommendation made by NITI Aayog is to launch a Platform India Initiative, which would enable platformization of this economy by assisting and funding entrepreneurs that are making innovations in this field. More information symmetry would be introduced into this area as a result. Platforms are already filling the role of a marketplace by connecting businesses with gig workers, giving them access to a big pool of pre-skilled labour, and connecting gig workers with tasks for their downtime. The visibility that this model provides has allowed businesses to drastically improve their operations by reducing their employment costs by up to 20%. 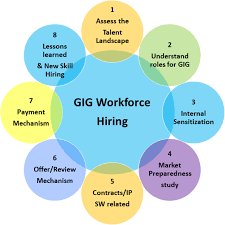 The policy brief suggests extending social security and granting them access to skill development programmes coupled with speeding financial access. To achieve financial security, gig workers switch between many platforms in search of higher remuneration. However, financial stability may be guaranteed while also formalizing the gig economy as a whole by giving people access to financing, skill development, and social security. This would allay concerns about over hiring and frontline staff attrition. The scope of task-based work can also be expanded beyond the logistics and delivery sector to include industries like manufacturing, pharma, sales, etc. by offering skill development to these people. Our own calculations show that perks like up skilling, insurance, credit, etc. may boost productivity by more than 70%, making the gig economy significantly more alluring for businesses and employees.

The report also suggested that companies increase the proportion of female managers and supervisors in their workforce to prevent the perpetuation of gender stereotypes in employee communications. “Platforms may improve infrastructure and work design, promote skill development, asset ownership, access to digital skills and technology, implement programmes to raise workers’ and their families’ awareness of gender issues and accessibility in order to encourage the participation of more women in the workforce.

Gig workers are frequently employed by businesses on a contractual basis; they are not regarded as employees. As a result, they frequently do not receive perks like paid sick and vacation time, housing and travel expenses, and provident fund savings, among other things, that an on-roll employee of the company could have.

The study advised businesses to implement old age or retirement plans, as well as additional insurance coverage for contingencies like injury sustained at work that could result in loss of job and income. As stated in the Code on Social Security, 2020, “Such plans and policies may be specially designed by a firm, in partnership with insurance firms, or could be designed and supplied in collaboration with the government.” According to the report, gig workers can also be helped in case of emergencies by a social security benefit from a corpus fund.