Wondering why RBI is hiking repo rate? Do you think there will be a worldwide recession? Does it affect your pockets? Not sure check out this blog. 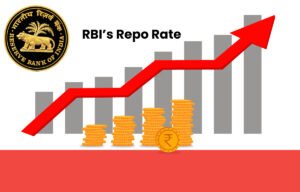 In this blog article, we will concentrate on the rate hike by the RBI. Is this an indication that a worldwide recession is imminent? Recently RBI’s monetary policy committee hiked interest rate by 50 basis point. We examine which is worse: rising rates or a global recession.

What is Repo Rate?

Repo rate is the interest rate at which a nation’s central bank (in India, the Reserve Bank of India) lends money to commercial banks in the event of a funding shortage. Monetary authorities use the repo rate to manage inflation. 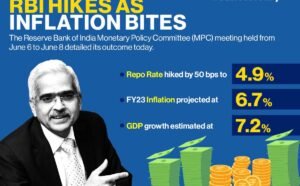 Why RBI is hiking repo rate?

The Monetary Policy Committee of the RBI increased the benchmark interest rate earlier this month by an additional 50 basis points as part of its continuous attempts to control inflation, which has been consistently above the central bank’s upper tolerance band of 6% for the past six months. The policy repo rate has increased to 5.4%, which is notable because it is a level last seen in the second quarter of fiscal 2019–20 before the pandemic.

As long as the present inflation rate continues over RBI’s comfort level, the rate-setting committee of the RBI unanimously decided to raise the rates. In his policy speech, RBI Governor Shaktikanta Das stated that the ongoing shocks to the world economy are having an impact. In light of the ongoing issues with excessive inflation in the Indian economy, the IMF has now reduced its forecast for global growth downward. 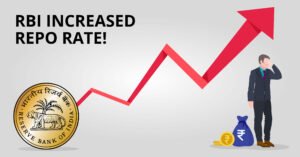 There are two major effects of the 50 basis point increase in the repo rate. Repo rate-linked long-term retail loans for both new and existing borrowers will cost more. Retail loans like personal, vehicle, and house loans will become more expensive as a result of the increase in the interest rate at which banks will now borrow money. Therefore, new borrowers should prepare for rising EMIs. On the other hand, depending on how banks pass through the new interest rate boost, bank depositors will receive higher returns on their deposits. Fixed deposits are among these deposits. Home and auto loans may be restructured by banks that tie their retail loans to the repo rate.

What is Global Recession?

An extended period of declining worldwide economic activity is referred to as a global recession. Since trade links and international financial institutions spread economic shocks and the effects of recession from one nation to another, a global recession involves more or less coordinated recessions across several national economies. A reduction in the global GDP per capita is one of the factors the International Monetary Fund (IMF) considers to identify global recessions. The IMF stipulates that this decline in global output must also be accompanied by a worsening of other macroeconomic variables, such as trade, capital flows, and employment. 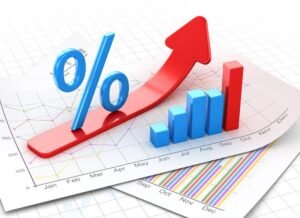 The projected decline in global growth from 5.7 percent in 2021 to 2.9 percent in 2022 is a sharp decline from the January projection of 4.1 percent. Over the years 2023–2024, it is anticipated to maintain that pace as the conflict in Ukraine hampers trade, investment, and activity in the short term, pent-up demand wanes, and accommodative fiscal and monetary policies are lifted. The level of per capita income in developing economies this year will be around 5% below its pre-pandemic trend due to the effects of the pandemic and the conflict.

Growth is being negatively impacted by the conflict in Ukraine, China’s curfews, supply-chain problems, and the threat of stagflation. Recession will be difficult to avert for many nations, according to World Bank President David Malpass.

Recession risk is still significant, ranging from 40% to 50% in major economies. The rate of global inflation has been revised upward despite a slowdown in activity, in part because of rising food and energy costs. With upward revisions of 0.9 and 0.8 percentage points, respectively, inflation is predicted to hit 6.6 percent in advanced economies and 9.5 percent in emerging market and developing economies this year. Many economies have seen an increase in inflation as a result of supply chain disruptions, which have increased costs, and historically tight labour markets.

Financial conditions are becoming more restrictive, particularly for their counterparts in emerging markets, as advanced economies boost interest rates to combat inflation. To protect financial stability, nations must use macroprudential measures properly. When flexible exchange rates are not sufficient to absorb external shocks, policymakers must be prepared to employ capital flow management or foreign exchange interventions in a crisis situation. India’s central bank first raised interest rates by 40 basis points at an unexpected meeting in May as global prices rose, fueled by soaring oil prices. In June, it once more increased the repo rate by 50 basis points.

To prevent the worst effects of the Ukrainian conflict on the world economy, strong global and national policy action is required. This will entail coordinated international measures to reduce the harm caused by the war, soften the burden of rising food and energy prices, expedite the debt relief process, and increase vaccination coverage in developing nations. While preserving the smooth operation of the world’s commodity markets, it will also necessitate ferocious supply responses at the national level.

Additionally, policymakers should avoid actions that could worsen the current rise in commodity prices, such as price controls, subsidies, and export prohibitions. Governments will need to reprioritize against the difficult backdrop of increased inflation, poorer GDP, tighter financial conditions, and constrained fiscal policy space.