Abbreviation of IoT is Nowadays common and known to all as “Internet of Thing“. IoT has a very good future in India by 2020 we have a lot of jobs in the same field. Artificial Intelligence and its Connection with IoT

In terms of Teaching, Learning, and Training for the namesake some private startups teach how to lit the LED using Arduino and connect some sensors using Bluetooth, WiFi, etc and by doing this, they are not only wasting the time of the young generation but also increased resistance in the growth of the country. 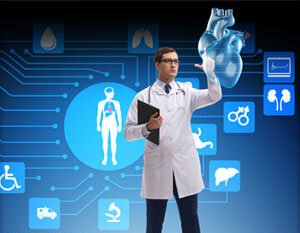 To understand IoT one should have to learn the concept of IoT broadly including What are the problems that the industry facing due to which it is not completely feasible yet.

Earlier we have a problem related to limited IP addresses which are now overcome as IPv6 comes into existence. The only hurdle left is sensor technology, which is very costly and not much accurate.

According to me, one should have to look into another dimension for the complete feasibility of IoT. One of the possible ways is, What I called Super AI a combination of AI and ML.

The reason Why it is so is that earlier we have limited data sets due to which machines are not much accurate to predict. The advancement in the Super AI which probably replace Sensor technology in upcoming years.

The era of Super AI in which the new transformation occurs in the digital technologies and where complete IoT is possible using Super AI.

I already started working on this and will soon update my findings.

TechDoctorIn  Channel was developed for Learning New About Artificial Intelligence, Machine Learning and With Innovative Project Ideas. TechDoctorIn Channel has the Following Playlists

TechDoctorIn is very useful educational channel run by Dr. Pawan Whig Senior IEEE Member. The content is verified by him at it is very useful.